December is packed with great releases, but my favorite watch of the week has to be Spider-Man: Into the Spider-Verse. I had heard of the movie’s near-universal acclaim before stepping in my local multiplex, and it still blew my socks off. Into the Spider-Verse is an endearing postmodern take on the superhero genre, and it is more alive than its contemporaries out there. The movie is funny, heartfelt, and visually stunning. Into the Spider-Verse ranks among my best cinema-going experience in recent memory. I love the movie so much that I gave it five stars. I’ll be seeing it for the second time with my family this Sunday.

On the TV front, Amazon’s The Marvelous Mrs. Maisel is shaping up to be one of my favorite-of-all-time shows after I binged the entire first season in the span of three days. For those who don’t know, the show is about a young Jewish housewife leading a double life as a standup comedian. Season 2 does not disappoint; the show is still as charming and hilarious as ever. I have been restraining myself from binging Mrs. Maisel all at once, as I want to savor it. If my endorsement is not enough to convince you, maybe our staff writer Kevin Lever’s reviews will.

I’ve been on a bit of a documentary kick recently so I have two from the past week that I cannot stop thinking about. The first is Planet Earth II. First off, it’s absolutely gorgeous. Planet Earth is impressive but with newer technology and a long production time, the sequel is way more cinematic. The composition of these shots is breathtaking, exciting, and, when you think about the kind of luck and determination the camera operators needed to accomplish this, it is impressive work. Also, the substance itself is quite riveting, whether this section follows a frog protecting it’s newly laid eggs, a pack of lions hunting in the desert, or the strange fish that one can find in a submerged rainforest. It is just amazing. Literally, as I type this, I have to stop for a second to watch another amazing natural wonder that David Attenborough has bestowed upon us.

The second is They’ll Love Me When I’m Dead, the accompanying documentary to Orson Welles’ last movie The Other Side of the Wind. The documentary details the long and troubled shoot of The Other Side of the Wind back in the 70s and constructs a portrait of Welles in the context of this movie. The Other Side is a metafictional film, a documentary about a director shooting a film, so the added layer this documentary lays on it is not unacknowledged. The whole thing is incredibly self-aware, tricky, interesting, and a wild ride. I highly recommend this film, especially to anyone who doesn’t know a whole lot about Welles. It’s a fantastic entry into the mad genius that is evident everywhere in his life. 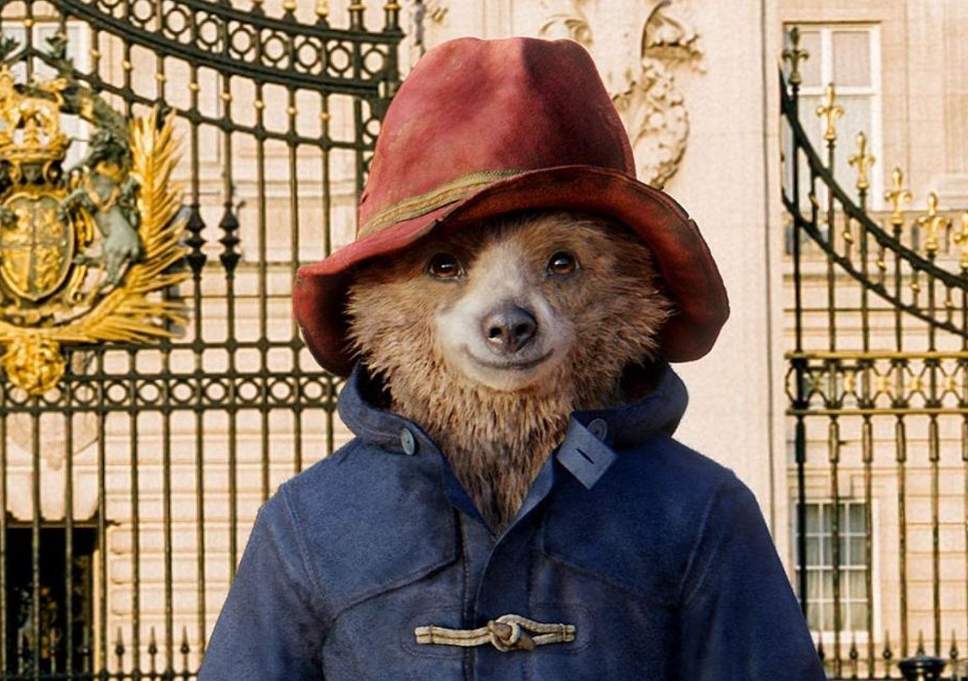 Finals can be a real damper on catching those films everyone is buzzing about. And as the end of the year zooms towards us, there is this hurried rush to see as many of these hot 2018 titles before you compile your end of year best lists. I may be regretting the loss of time later, but I still managed to see a trio of those hot films this week, and they all mostly lived up to their hype, if not far exceeding them.

Paddington 2 is one of the most peculiar films to be released today, but at the same time feels like the perfect film to be released today. It’s emotionally, politically, and visually poignant in ways many ‘adult’ films aren’t anymore. It, along with Won’t You be My Neighbor, are the year’s antithesis to Hereditary or Suspiria. The world needs films like Paddington 2, but the world also needs films like Hereditary. Paddington 2 is just as warm and inviting as the first. When the biggest complaint about a film is they left the grand final musical number in a small box of the credits, the film does pretty well.

The Favourite is another one people claim as the year’s best. Yorgos Lanthimos’ feature is as visually and emotionally encapsulating as Killing of a Sacred Deer and The Lobster, but in ways you wouldn’t expect from the acclaimed director. Although there are streaks where you are left reaching out to the film too much, what it does well, it does SO well. That is enough to make this film stand out as some of the best cinema has to offer in 2018. A disappointment I have is that this may steal more awards come awards season from other smaller or lesser known indies that may deserve it (Madeline’s Madeline).

I will just add to the mountain of praise for Spiderman: Into the Spider-Verse here. An exceptional and wholesome ride of cinema. By the very opening credits, this film straps you in for one of the wildest rides in cinema this year. Beyond the 100% engaging and honest narrative and characters, this film manages to do so much within every frame. It is surreal and beyond comprehension at times. This film kicks ass and hopefully will make a mark in the future of animation, superhero films, and all of cinema. 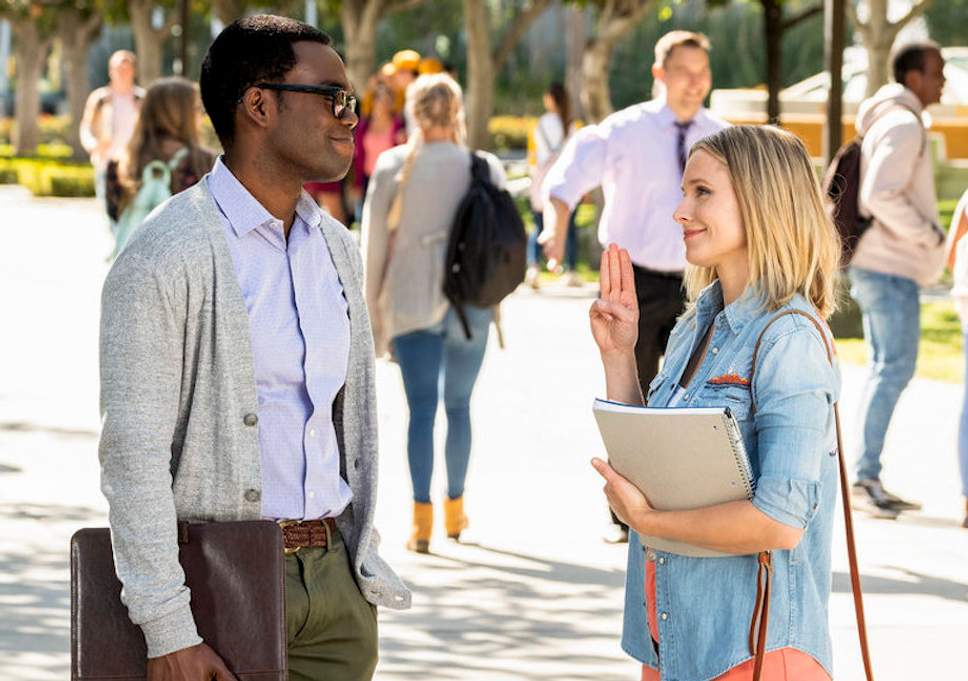 I’m joining the bandwagon—Spider-Man: Into the Spider-Verse was far and away my favorite film of the past week. I deeply appreciated how they understood what the audience loves about Spider-Man. The idea that anyone can be Spider-Man has been lost in other iterations of the hero (I should know—I marathoned four of Spidey’s previous films after watching the latest in the theater), and it was such a breath of fresh air to see that idea return. I also loved the film’s focus on friendship and growth. Every character has his or her own arc, some albeit more significant than others, but everyone grows in some way because of the experiences. I loved every character whom we met and was drawn into their world effortlessly. The animation was also stunning—I loved the colors, the stylistic choices, everything. There was nothing about this film that didn’t work for me, and I highly recommend seeing it in theaters.

As far as television goes, The Good Place has been a stand out show for me this fall. Every week I’m completely blown away by the episodes and the care by which they are written. The Good Place is incredibly funny, and it knows this, but it is not afraid to delve into deeper and more complex issues. Whenever it does this, however, it shows that those writing and creating it genuinely care about what they are saying and how they are saying it. They, like the Spider-Verse, focus on the growth of their characters, what they’ve learned, and how they internalize this and try to do better. It is so human and appeals to the part of every one of us that desperately wants to do better with ourselves and our lives. 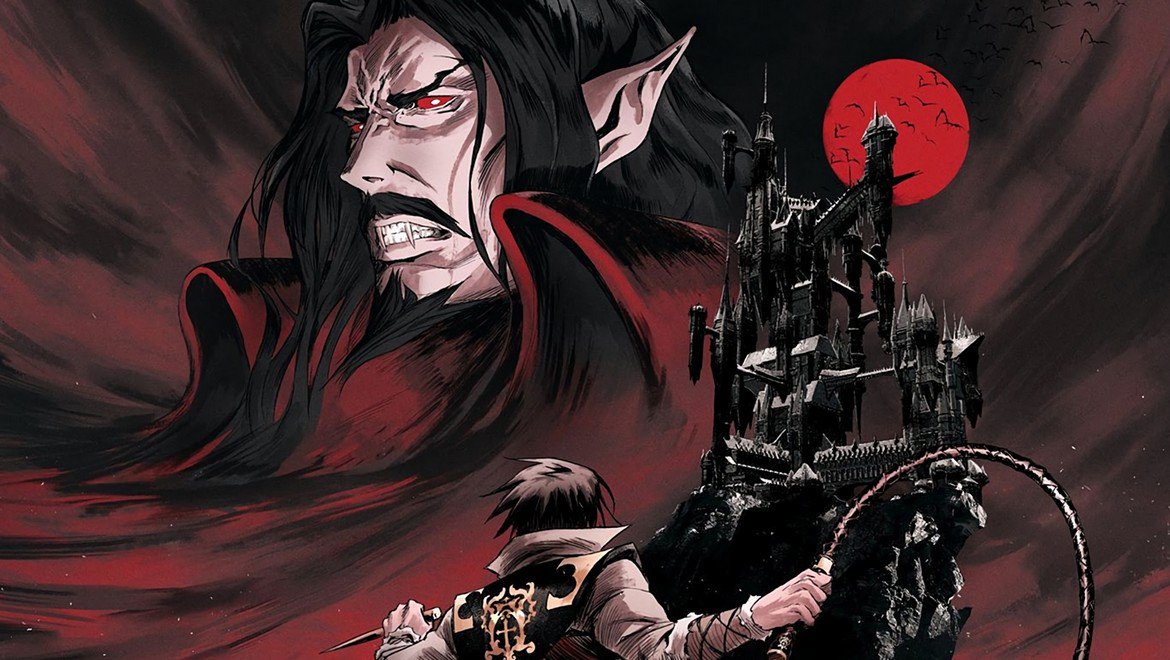 After recently graduating from Nursing school, I took the time to catch up on a series I missed earlier this year in the form of Castlevania Season 2 via Netflix. All my friends wouldn’t shut up about how great it was a few months ago, so now it is my turn to rave about this amazing animation. I binge-watched all eight episodes in one day, and have no regrets because the plot and characters were so engaging. Castlevania was something I was always familiar with but never actually experienced in full, so it was great to see how it all went down. The only Netflix animation to rival Castlevania in outright gore and violence is Devilman Crybaby, another favorite of mine. Bring on Season 3!

Early last week I decided to catch up with Peter Farrelly’s new, somewhat controversial film Green Book. I went into it with a pretty firm idea on what I expected and for the first half of it, my expectations were being met. However, the film started to win me over in its second half through the likability of both Mahershala Ali and Viggo Mortensen. They are fantastic in this movie, and while I would think that it being considered for Best Picture is an overestimation of the film, I still believe this is ultimately a good movie and a rewarding watch. I definitely recommend seeking it out this holiday season. Note: it’s a Christmas movie in the same way that Planes, Trains, and Automobiles is a Thanksgiving movie!

My primary focus for the week was on The CW’s Elseworlds crossover event: a 3-episode story combining episodes and characters from The Flash, Arrow, and Supergirl. This is the third year the network has aired an official crossover in the “Arrowverse.” If you have ever been into DC Comics and its characters but have been wildly disappointed by their live-action portrayal in the Snyder-verse, I would highly recommend checking out the latest crossover, available to stream for free on The CW app. It features guest appearances from Superman and Batwoman, along with the likes of our three favorite heroes listed above. The shows are on their holiday hiatus now, so it’s a good time to catch up with them on their app!

Finally, I was able to close out the second and final season of The Spectacular Spider-Man on a lazy Sunday night. The second season was perhaps even better than the first, continuing to build on the vast yet intimate world built for its characters. We get to see major story arcs played out with both Venom and Green Goblin, along with increased high school drama between Peter, Harry, Gwen, Mary Jane, Flash, and everyone in between. This show is loads of fun and perhaps will soon be seen as a relic of the last great iteration of the Spider-Man in its traditional form of Peter Parker in high school. If Spider-Man: Into the Spider-Verse and Sony’s Spider-Man PS4 game have you thirsty for more of the webhead, you really can’t go wrong with this two-season long series. Unfortunately the second season isn’t on any streaming platform for free; however, you can stream the first season over on Crackle. Here’s my Season 1 review. Watch for my full review of Season 2 later this week.

Permission to Yearn: The Problem with the Popularity of White Lesbians in Period Films

2019’s Royal Court: The Battle of Many Monarchs

‘Spider-Man: Far From Home’ Review: A Heartwarming Conclusion to the First Chapter of the MCU

Pride 2019: A Tribute to the Films That Make Us Feel Seen