What can six Emmys buy you? RuPaul’s answer: AJ and the Queen. With multiple upcoming iterations of Drag Race, 2020 is a packed year for the world-famous drag queen. But first to sashay onto our screens is comedy-drama AJ and the Queen. Despite a tender soul, the show amounts to a rambling slog from New York to Texas. Even Drag Race’s die-hard fans might struggle to be charmed by RuPaul’s latest venture.

RuPaul plays Robert (stage name: Ruby Rose), a seasoned New York City drag performer who, without the assistance of a reality competition, has skimped and saved for decades to accumulate $100,000. This is the price tag to open his own club. With his sexy boyfriend Hector (Josh Segarra) by his side, all of Robert’s aspirations are within reach. But Robert’s dream and face simultaneously crack when Hector hustles Robert out of his life savings. What was to be a final tour before settling down suddenly becomes an essential opportunity to earn money.

“Oh, one more thing!” — a phrase often used by RuPaul to precede a twist in Drag Race also applies to AJ and the Queen. Robert’s primary concern won’t be the runway, but rather a preteen runaway. AJ (Izzy G), a defensive and scrappy ten-year-old, needs to reach her grandpa in Texas after her mother is deemed an unfit guardian. Robert’s RV, bound for the US highways, becomes the perfect transport.

What ensues is a classic road trip with an incoming threat; after the cops come sniffing, Hector vengefully pursues Robert across state lines with his eyepatch-wearing accomplice Lady Danger. Clearly, the show is not short on camp. The journey recalls classics like Thelma and Louise and Little Miss Sunshine. And even The Hobbit; the 6’ 4” Glamazon RuPaul towers over the tiny AJ as Gandalf did to Bilbo, with the coveted jewelry to match.

Just like their Middle Earth counterparts, the titular pair have plenty to learn from each other. Hopping from drag bar to drag bar, trailer park to trailer park, every encounter becomes a chance for Robert to spread his core tenet of acceptance to rifle-wielding homophobes and ignorant parents.

AJ and the Queen’s small triumphs in delivering its simplistic messages are not enough to distract from cracks in the foundation. Unlike Ruby’s voluptuous silicone breastplate, the season sags under the weight of its self-indulgent running time. At the very least, it is three hours too long. Given how Drag Race has long been criticized for bringing drag into the mainstream and for showcasing only a narrow definition of the art form, this tepid product is hardly a surprise. AJ and the Queen lack the fierce political bite that was once emblematic to drag as a counterculture. And there is a missed opportunity to showcase various interpretations of what drag means. Robert’s cross-country tour ultimately showcases just the same styles of drag we see on RuPaul’s hit competition series. 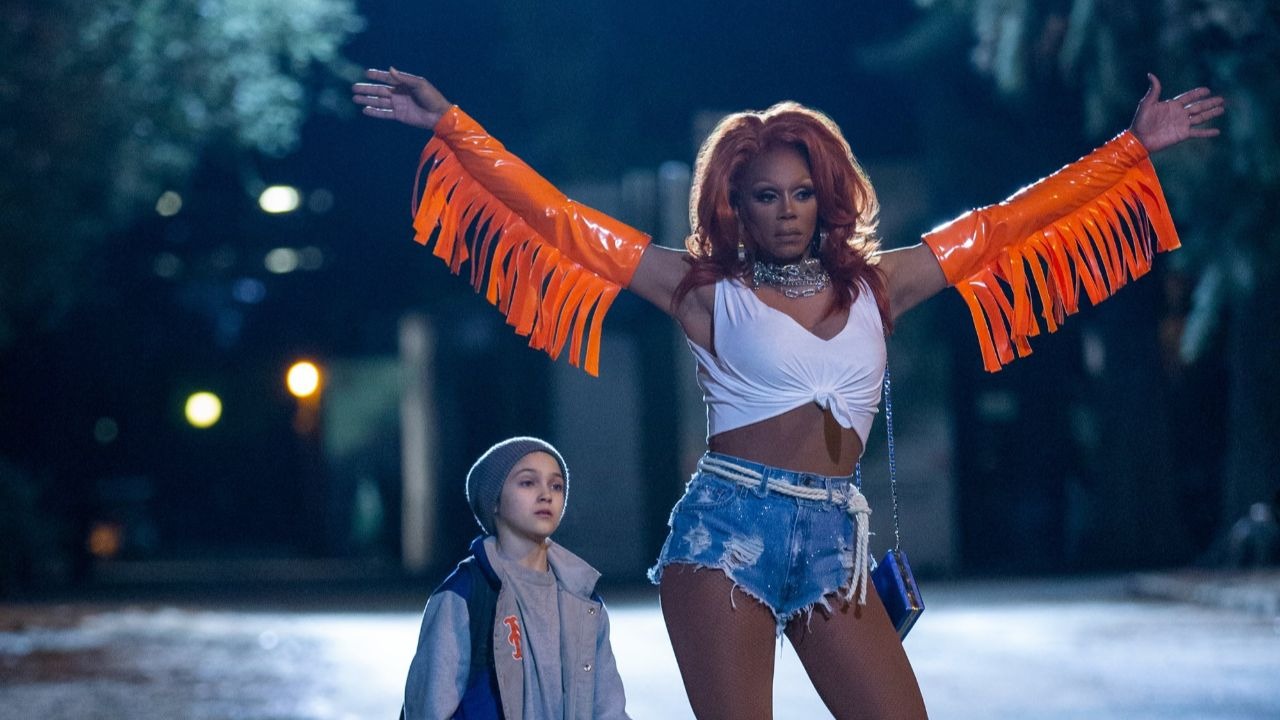 This new scripted show leans heavily on the success of Drag Race, with many former contestants making cameos and many of the show’s staple gimmicks finding their way in. Although the ear to ear grin of Latrice Royale and sharp wit of Bianca Del Rio inject much-needed excitement into episodes, they can’t save AJ and the Queen from being a middling exhibition of the RuPaul brand. We are left with just one question: Where is All Stars 5?

‘The Trial of the Chicago 7’ Review: Sorkin’s Courtroom Drama Searches for Order

‘Work It’ and the Self-Absorbed Legacy of Teen Dance Movies

‘The Haunting of Bly Manor’ Review: A Devastatingly Cathartic Exploration of Love and Memory