Note: In this article, we use the most common value in TV settings, which is 1 to 50, but you can use the equivalent for whatever your TV uses. For example, if we suggest a brightness level of 25 but your set only does 0 to 10, the equivalent would be 5. Every TV is different, so we have to generalize a little bit.

With filmmakers like Reed Morano and Christopher McQuarrie recently shining a light on things like motion smoothing – and how they might be detracting from your movie experience – there’s never been a better time to pick up your remote and take a deep dive into those settings. But the jargon isn’t always easy to understand, and there’s a lot of contradicting pieces of advice out there, so my aim here is to take you through the basics of getting the best out of your screen and explaining why you might want to follow these guidelines. Whether it’s a high-range 4k set up or a trusty HD flat screen you’ve been rocking for years, there are many simple fixes that can drastically improve the quality of its output, allowing you to experience content in a way that’s closer to what the filmmakers intended.

Features To Turn Off:

Let’s get all those “advanced” features out the way. Head to advanced settings (which may be under a different name) and turn off any excessive processing. This means motion smoothing and a host of others, but motion smoothing is the worst offender. While a feature that makes the action less jolty and more like how we see things in real life might sound like a positive thing, it brings with it the soap opera effect – which essentially means your movies will start to look like they were shot at much higher frame rates than they actually were. Most are shot at around 24 frames per second because that’s what we perceive to be cinematic – a word that is at the epicenter of why these things are important. As cool as 60fps YouTube videos can look, it’s not the best thing for this occasion. Once you’ve turned that off look for any other processing features. They vary from manufacturer to manufacturer, but here’s a list: dynamic contrast, motion lighting, digital clean view, super-resolution, dynamic color, clear white, motion eye-care, TruMotion, noise reduction, detail/edge enhancer etc. 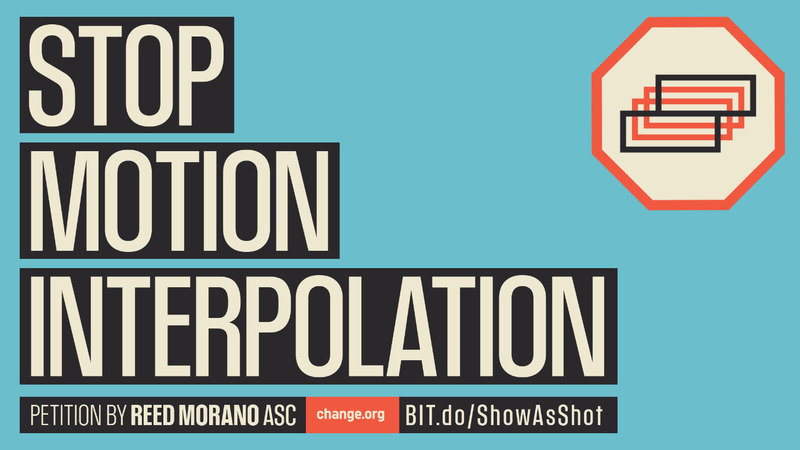 Once you’ve found your TV’s picture settings, have a look around for something with a name like “picture mode”, this is where you’ll find the presets that have already been configured out the box. There’ll probably be a few. Most commonly there’s a “vivid” or “dynamic” mode characterized by high brightness, a high sharpness level, and over-saturated colors. This is the preset used on shop floors, where’s there are hundreds of sets fighting for customers’ eyeballs – so it makes sense to crank everything up to draw attention, but for your living room, it’s a no-go. You’d be surprised how many people have their sets on this mode, and once you know what to look for it’s very noticeable. Most people don’t know or don’t care about what makes a color accurate and cinematic picture – but if you’re investing time and money into a good set-up and a film-watching habit, the list of reasons to take things into your own hands is lengthy. So scroll past dynamic, and head to the ‘standard’ or ‘movie’ preset. If you weren’t already on it, you’ll see a big change. The colors will be more muted, warmer, and seem a little less detailed – these things might sound bad, but they’re not!

Luckily, the standard/film modes do a lot of the work for you, there’s not a ton of fine tuning needed after unless you’re a nerd like me. It’s still worth taking a further look though, so let’s take a look at individual settings. First up tends to be backlight and brightness, which for many is confusing. Both are described as settings that change how bright the picture is, but the effects of choosing one over the other are huge. My advice on brightness is don’t touch it, set it to the default setting (0 on sets from Samsung, but on others like Sony it’s the mid-way point). Upping the brightness can have ugly results and blow out the whites if your screen is too dark. Instead, head for the backlight – which can be changed to suit your environment without ruining the nice highlights on your screen. If you’re watching in a pitch black room – going as far down to 20 can produce great results. If you’re dealing with a lot of light, don’t be afraid to go all the way to the top. This is one of the rare settings that you shouldn’t be nervous to fiddle with.

Next, scroll to sharpness, and turn it all the way down. I imagine this is one that a lot of people might wince while doing, especially if they’ve had it up high. But all that extra “detail” you’re seeing at a high sharpness level is simply the TV over-processing the image, we want the picture to be clean and look great, but over-sharpening isn’t the answer.

This particular setting brings in some subjectivity because although picking a number in 40-50 range will give you most color accuracy, some people simply prefer cooler or warmer looking images. If you’re one of those people, don’t fret – you can play around with the color tone setting later, so leave it in the 40- 50 range for now.

With the basics out of the way, you can start to fine tune. If something doesn’t feel right, change it. And remember you can change the color tone, I personally think either warm or warm 2 (the warmest choice might be called something else) is best and helps with eye strain, but if you hate warmth then you can knock it down to neutral or cool if that floats your boat.

If all this ignites some weird customization obsession, then I advise googling “best picture settings *enter your TV model*” because websites such as Which have very specific recommendations after having tested them professionally. The numbers given in this article fall in those parameters that are recommended for most sets, but if you want to get extra picky with it then it’s worth doing.

Now go forth, visit your mum. Wait for her to leave the room, run to the remote and get your fix. You’ll never be able to stand vivid mode ever again.