Sometime before 1972, Brian De Palma read an article in Life magazine about conjoined twins from Russia named Masha and Dasha Krivoshlyapova. Immediately after birth, the girls were whisked away by doctors and their mother was falsely informed that her daughters had perished. The sisters lived most of their young lives confined in nightmarish captivity, subjected to horrific torture by the scientific sector of the Soviet regime. They were joined at the hip and shared a reproductive system, bladder, and colon while possessing separate hearts, lungs, spines, and small intestines. Although similar in physical appearance, their personalities differed tremendously. Masha was a dominant, borderline psychopath, capable of extreme violence toward the timid, more reserved Dasha. This bizarre duplicity brewed a diabolical idea in De Palma that would later become Sisters. It’s no wonder the horrifying story of Masha and Dasha’s adolescence resonated with the legendary director. After all, much of his childhood was spent in operating rooms watching his father, an orthopedic surgeon, slice through the flesh of comatose strangers.

Margot Kidder plays a charming young model and aspiring actress named Danielle and doubles as her churlish twin sister Dominique. During the taping of a television game show, Danielle meets David (Lisle Wilson) and the two of them hit it off. After repeatedly dodging her alleged ex-husband (William Findley), they escape to her apartment and end the night with a steamy tryst on her pull-out couch. The next morning, David is brutally stabbed to death. From her apartment on high, investigative journalist Grace Collier (Jennifer Salt) witnesses the horrible scene. Some bumbling police officers reluctantly respond to her frantic call, already irritated due to a series of scathing columns previously written by Grace. When they finally get to Danielle’s apartment, there’s no sign of any disturbance—no bloody corpse, no murder weapon, just the dainty Russian model in her pink nightgown. Not one to accept defeat, Grace vows to separate the truth from this distorted report. It becomes something of a crooked obsession, leading her on a path filled with dangerous people and demented secrets.

De Palma is a devoted pupil of Alfred Hitchcock’s catalogue. His thriller pays admirable homage to films like Rope (1948) and Rear Window (1954), but overall the film is molded in the image of Psycho (1960). As the layers of the story slowly peel away, Danielle and Dominique remain an enigma. To give away more may spoil the plot, although its predictable enough to do so on its own. Still, there is much to be found in Sisters aside from the horror identity so clearly inspired by the Master of Suspense. The editing is quick and merciless one moment, then patient and careful in the next. The camera glides over the characters, watching their lives like an observant ghost, like a curious member of the audience that stood up in the theater and crept into the screen. De Palma’s eye is precise and inquisitive, lingering on specific objects like a tiny blood stain or a colorful birthday cake, if only to lure the audience closer into his odd world. His use of split screen is also quite remarkable. Through the intense pairing of similarly charged images, such as the frantic cleaning of a gore splattered apartment beside cops ambling in to investigate, he succeeds in conjuring desperate tension and infectious, palpable dread.

The impressively talented cast helps to alleviate the strain of the imitative plot by bravely disappearing into their complex characters. Kidder is strangely funny and unusually disturbing. Salt is triumphant as the heroine, perfectly embodying a powerful woman with a passion for justice and discovery. Grace isn’t some damsel in need of a savior, but she eventually enlists the help of a wise cracking private investigator played by character actor Charles Durning. As a villainous stalker, William Findley’s mysterious performance is effectively unsettling and equally hilarious. The mindless police officers that can’t show up on time or find any useful slivers of evidence contribute to the dark humor De Palma sews beneath the skin of Sisters. His titanic knack for cultivating vibrant characters sprouted early in his career and would bloom beautifully throughout his future films.

Missteps in the film that escape the redeeming reach of the cast are thankfully lifted by an eerie score from Hitchcock’s legendary go-to composer, Bernard Herrmann. His music is both gorgeous and grotesque, never allowing the listener to remain with one sentiment for too long. When hearing his work, not only in Sisters but in other classics like Vertigo (1958) or during Marion Crane’s awful death in the shower at Bate’s Motel, we begin to understand why Hitchcock’s movies were so compelling. His meticulous filmmaking techniques and wonderful casting choices undoubtedly provided a strong core for greatness, but Herrmann’s instrumentals allowed them to transcend the ranks of ordinary cinema. He was able to translate the emotional charge of the visuals, then turn around and perfectly interpret his findings into dazzling musical arrangements. He generously does this for De Palma’s film, smoothing many rough edges along the way.

The shock and horror in Sisters sprouts from hidden truths that never really rise to the surface within the reality of the film. Evils emerge and escape punishment by the thinnest of margins. This speaks volumes to the respectable effort in De Palma’s attempt at creating his own version of Psycho. Many elements strike with great rigor and poise, yet they ultimately fall short, weighed down by disproportionate design. This isn’t the first time that Brian De Palma would rip pages from the Book of Hitchcock. Although what he gave us here was good enough for a start, it would get much better in the short years to come as he mastered the balance between narrative and technique, style and story. When Sisters finally comes to an end, we’re left high on a perch with Durning’s private eye as he patiently watches for something interesting to happen, hoping for some sort of evidence to make logical sense of the jumbled commotion found in the previous 90 minutes of the film. I have a feeling he might still be waiting up there. 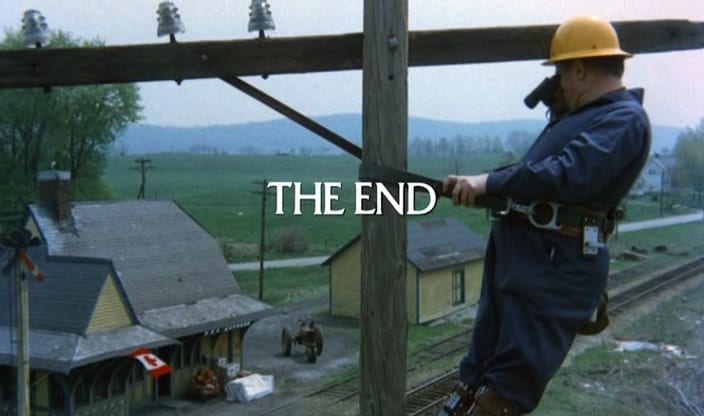 Fantasia 2020: ‘Sheep Without a Shepherd’ Review: A Stellar Thriller About the Necessity of Self-Abdication

Fantasia 2020: ‘Minor Premise’ Review: A Dark and Scientific Dive Into the Human Experience

Fantasia 2020: ‘Bleed With Me’ Review: A Cabin-Fever Thriller Built on Body Horror

Visiting Uncharted, Yet Familiar Violence in ‘The Last House on the Left’