*only minor spoilers ahead*

The year Stranger Things was unleashed onto Netflix’s catalog many weird things happened: Winona Ryder and Christmas lights, monsters pushing their way through wallpaper and fake cadavers stuffed like toys. Among these strange things was Shannon Purser’s short-lived character Barb becoming a hit with a portion of fans. So much so that it wasn’t long before Netflix announced they would be working with her again. Some of the surprise in this turn of events may come from Purser’s charm of being the opposite of a Hollywood cardboard cutout. Netflix, usually right there on the cusp of what young people want from their media these days, saw something in that. When thinking of what project one might come up with to showcase the young actress’ talents, it is no surprise it would be tackling the very issues its star cares about.

Admittedly, when I first learned of the title, I was put off. Mostly because it was exactly what I expected. There’s something about watching an awkward coming of age story that feels like hell to sit through, partially because we all don’t want to be reminded of those insecurities and partially because of the cringe factor and the awfulness of seeing high school. Bullying, body issues, the mean popular girl and the hot guy. All of these issues have been widely covered in films similar to this; even by Netflix, which just released To All the Boys I’ve Loved Before, a film that draws similarities to this film—and not just because the charming Noah Centineo stars in both. 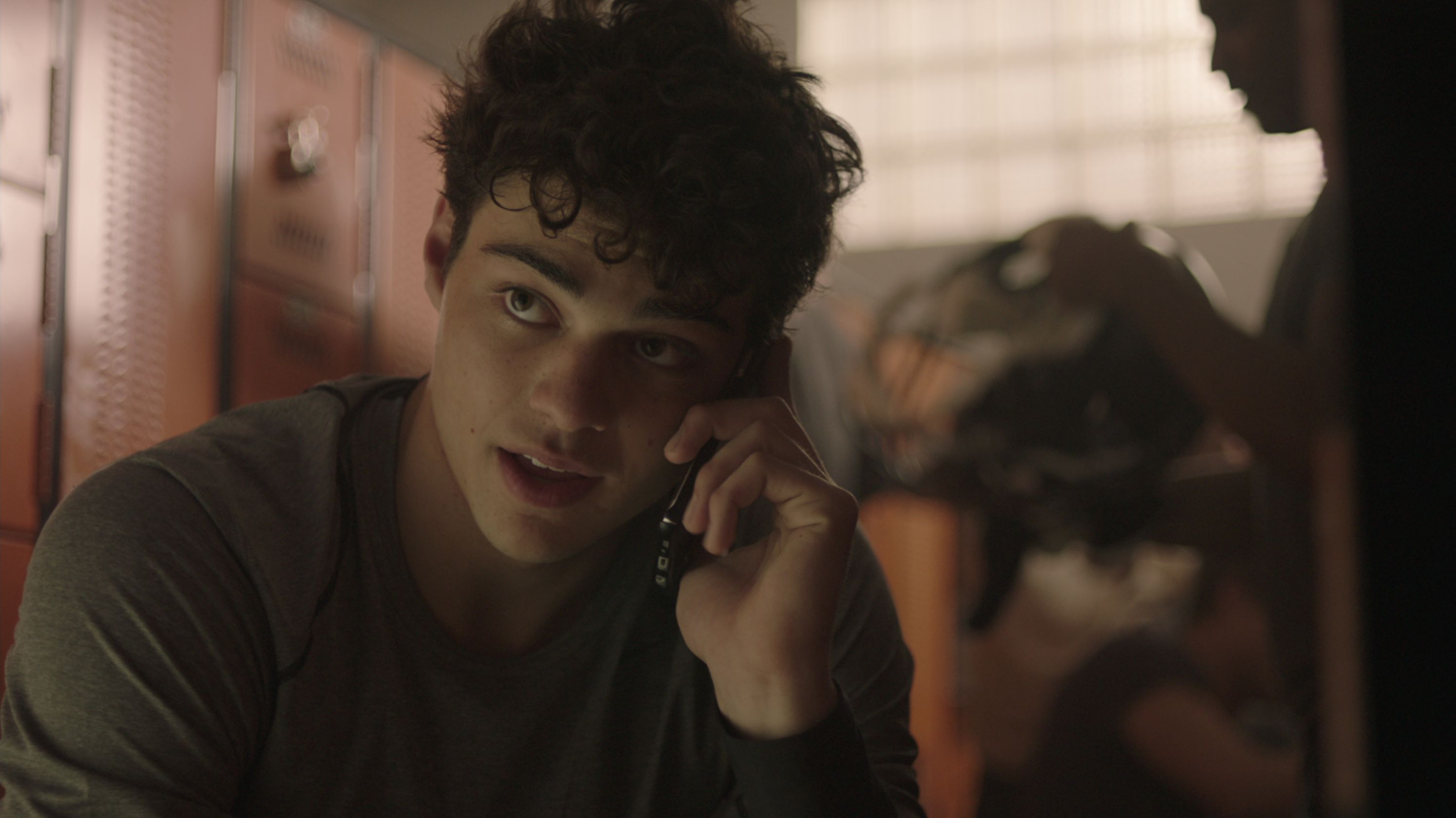 Sierra Burgess Is a Loser follows such a standard template that predicting it isn’t a hard task. Sierra (Purser) has a best friend in Power Rangers‘ RJ Cyler—who is just as lovable here as comedic relief and much-needed energy in between the angst. She has a nemesis in Veronica (Kristine Froseth)—an ‘it girl’ who is afforded actual personality and a return from the dark side. Last but not least Centineo as Jamey—the quarterback Sierra is head over heels for after he texts her thinking he’s speaking to Veronica. Much of what makes this flick feel serviceable is the support around Sierra. As she compares herself to everyone around her, they each serve as a different kind of reality check.

In modern relationships, so much of conversation is through technology; you can date without even meeting each other. This is translated well through Sierra and catfishing victim Jamey’s meme-sending, clutching of phones and smiles lit up by cool-toned screens. But watching something meant to be inter-personal flourish through text bubbles means a missing sensation and a loss of the tangible, romantic atmosphere that usually clouds romantic movies; not to mention it being quite repetitive to watch. There is so little human interaction in a romantic context that I didn’t care much about that part of the film’s outcome. Sierra’s battle with herself—her real worst enemy—was more interesting. 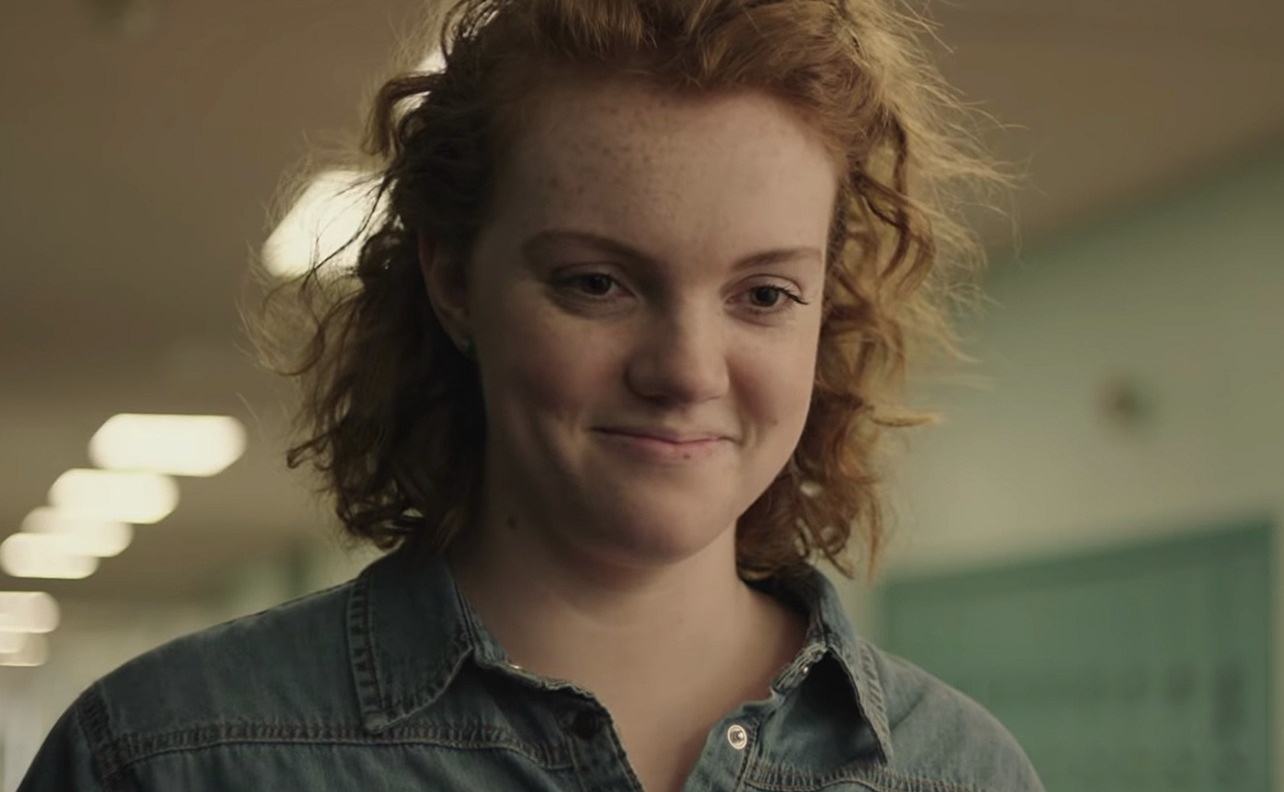 Regardless, I bought into their crushes and the frustration of the sure-to-fail situation she got herself into. As the act gets harder to keep up, Sierra’s personal relationships begin to take hits. She ditches her reliable best friend to attend parties with Veronica, she messes up in a class she usually excels in and her parents don’t seem to understand her self-esteem issues by constantly preaching self-love when in their daughter’s eyes they seem unable to relate. Sierra is constantly trying to live up to the ideal image of a woman and the standard her parents have met, both in their looks and professionally. She is so caught up in her well-handled but toxic self-deprecation that she becomes paranoid about Jamey being more interested in Veronica’s face than her personality and makes questionable decisions in the latter parts of the film. But of course this fits the standard template I mentioned: there have to be some mistakes to be fixed in the third act. It’s a rom-com, after all.

Even though the characters have different elements to them, the development when you get down to it isn’t there. I understand why they do the things they do, and the execution is there with commendable production values—interesting lighting and nice sets—but when you exit the moments of emotion leading the actions of the characters something about it becomes thin. Veronica was horrible at the beginning; it’s clear she acts out of her own low self-esteem (regarding her intellect and self-worth rather than her appearance) and it was nice to see this film join the trend of taking that behaviour and the character down a different path as they try to be better. And she does get better! A lot of the runtime goes to building her friendship with the very girl she used to harass in the school hallways, but trying to recall any actual self-reflection or properly done development reveals a lack of it. The trend continues as Sierra does something truly wrong in the eyes of everyone around her—this is after extreme catfishing—and has to take a step back. Then comes the third act and its tidying up, but nothing is given enough time to allow me to empathise as much as I would like to. I enjoyed all these characters and sympathise with them, but if a character makes a shitty choice I want to see it dealt with, not glossed over.

Regardless, there’s a lot to enjoy in Sierra Burgess Is a Loser, and although it doesn’t quite peel back the layers enough I do believe it doesn’t try to fit into any mould in terms of its lead, which is truly something great. It’s digestible, sweet and a fine pick for a night in.

All images courtesy of Netflix

Hello, I am a Scottish filmmaker who enjoys writing about movies and reading comics!

‘Malcolm & Marie’ Review: The Definition of Pretentious, in All the Sorriest Ways

‘The Prom’ Review: Fun, But Not Quite the Big Night We Were Hoping For

‘Wolfman’s Got Nards’ Review: A Loving Documentary About ‘The Monster Squad’