Mrs. Doubtfire is arguably one of Robin Williams’s most memorable and powerful roles on screen. As a movie, Mrs. Doubtfire stands as one of the warmest and most comforting of films to have come out in recent memory. Williams, through the performances in films, has been a facilitator of change, a catalyst towards growth, and even a mentor for those most in need. Where we find Williams in Mrs. Doubtfire is someone who is needed most to keep a family together during one of the hardest times for them. The deeper significance of this character goal, is that his own family is the one he is trying to change, and really, it is the change and person he becomes through these actions that take him to the change he needs in himself.

There has been something so real and striking about Williams’s presence on the screen I have come to notice through watching all of his films. In The Fisher King, he was a wild, manic force; in Awakenings you just knew things would be better once he was there; even in Dead Poets Society there was a real comfort and move for inspiration that he gave off that was so real and unflinching. In Mrs. Doubtfire, there is no exception. Williams is just as caring, endearing, and empathetic as he has been in other roles; however, the titular role of Mrs. Doubtfire is some of Williams’s best work ever.

Mrs. Doubtfire follows the Hillard family as it seems to fall apart around them. Daniel, played by Williams, and Miranda, played by Sally Field, have reached the end of their marriage. Daniel moves away, and Sally tries to move on, finding a new love interest and looking for some help with the kids and house. Daniel is too immature and selfish, while Miranda is too involved in her work and ready to grow up. They have completely grown apart.

Williams’s character Daniel is brought to his knees by the film’s first act. It is a tragic but critical place for him to begin the film. He needs the humbling and the wake-up call to begin the struggle and transformation his character so desperately needs. He has lost his family, can barely make rent or find a job, and now he has nowhere else to go. His family and wife are away from him. He needs comfort and some help just as much as the rest of the family.

The power of Mrs. Doubtfire is not only in Williams’s performance but its larger life message. The message of love, seeming to be less and less found in contemporary cinema, outside films like the Paddington franchise or Won’t You Be My Neighbor? These comfort films have functioned, and continue to function, as messages to share love and care with those nearest to you. The moving message Mrs. Doubtfire (both the film and character) carries resonates from every scene. 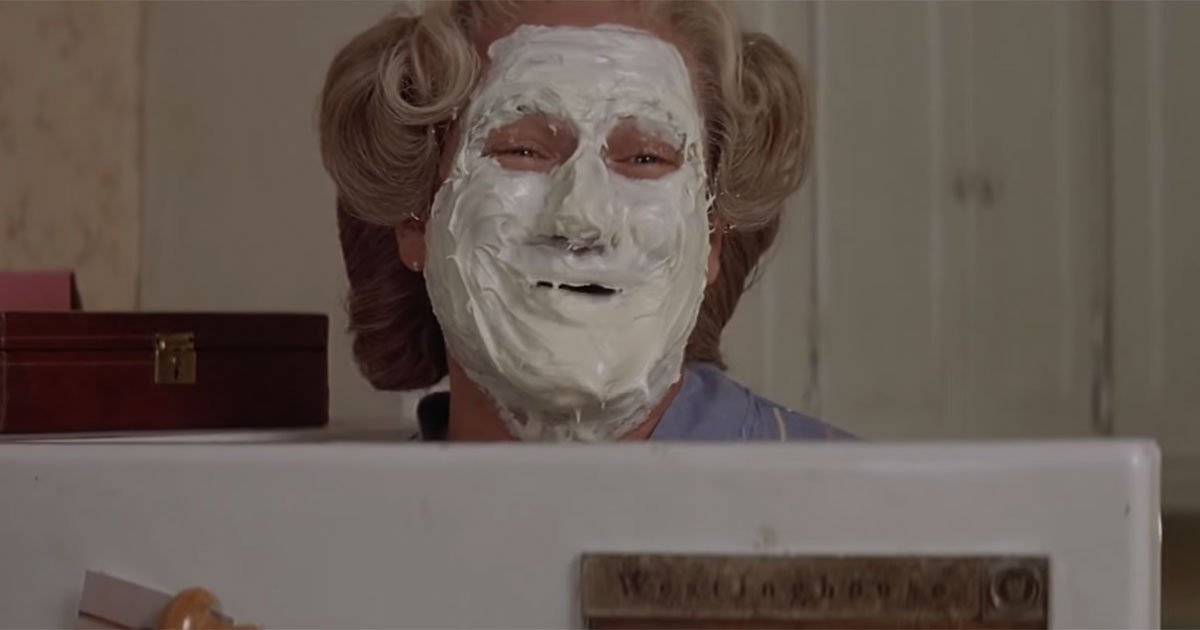 Mrs. Doubtfire (1993)Robin Williams was an important part of American cinema, through sharing not only his comedic brilliance but also through sharing happiness. He was a force on the silver screen. It is incredible to see how a film like Mrs. Doubtifre manages to carry the same resonance and impact 25 years later.

‘The Last Black Man in San Francisco’ Review: A Masterful Display of Empathy and Love