In the films of Hayao Miyazaki — the legendary animator and co-founder of Studio Ghibli — love is everywhere. It sings in the long laughs shared between friends, lingering in the backdrop through small acts of kindness before making itself truly known at the climax of his stories. But it doesn’t only exist as cathartic emotional spectacle; the implicit messages that Miyazaki creates in how and why he chooses to depict love between characters contribute to the revolutionary ideals of his films — in political, social, and environmental terms. Each film he has created bears a unique relationship to its portrayal of love that can be analyzed and interpreted, painting a wider picture of the director’s passion for compassion, as well as his ideological leanings.

In terms of romance in Ghibli, there isn’t a film more overtly preoccupied with the love of its central pairing than that of Howl and Sophie in Howl’s Moving Castle. After Howl saves her from licentious soldiers at the beginning of the film and takes her for a romantic walk through the air, it becomes Sophie’s turn to save him, encouraging him to look past his vanity and cowardice through various acts of love. Her compassion also extends towards her found family: an apprentice wizard, a snarky fire demon, and a helpful scarecrow. Even the cruelty of The Witch of the Waste is overcome not by battling her, but by treating her with a kindness that renders her vindictive greed as impotent and useless.

Eventually, this love stretches out into the broader narrative of the film, indirectly ending the war between two nations who don’t seem to understand why they’re even fighting — kindness ultimately conquers all. Depressingly relevant to the current political situation in Iran, the war of Howl’s Moving Castle is being fought for unclear reasons, causing harm to innocent civilians on both sides who have no true connection to the conflict. Though the love of a small group of people ending a pointless war is sadly an unrealistic prospect, the idea that indiscriminate love and compassion can bring a heightened awareness of others is nonetheless a motivating one, especially in opposition to more individualistic values. 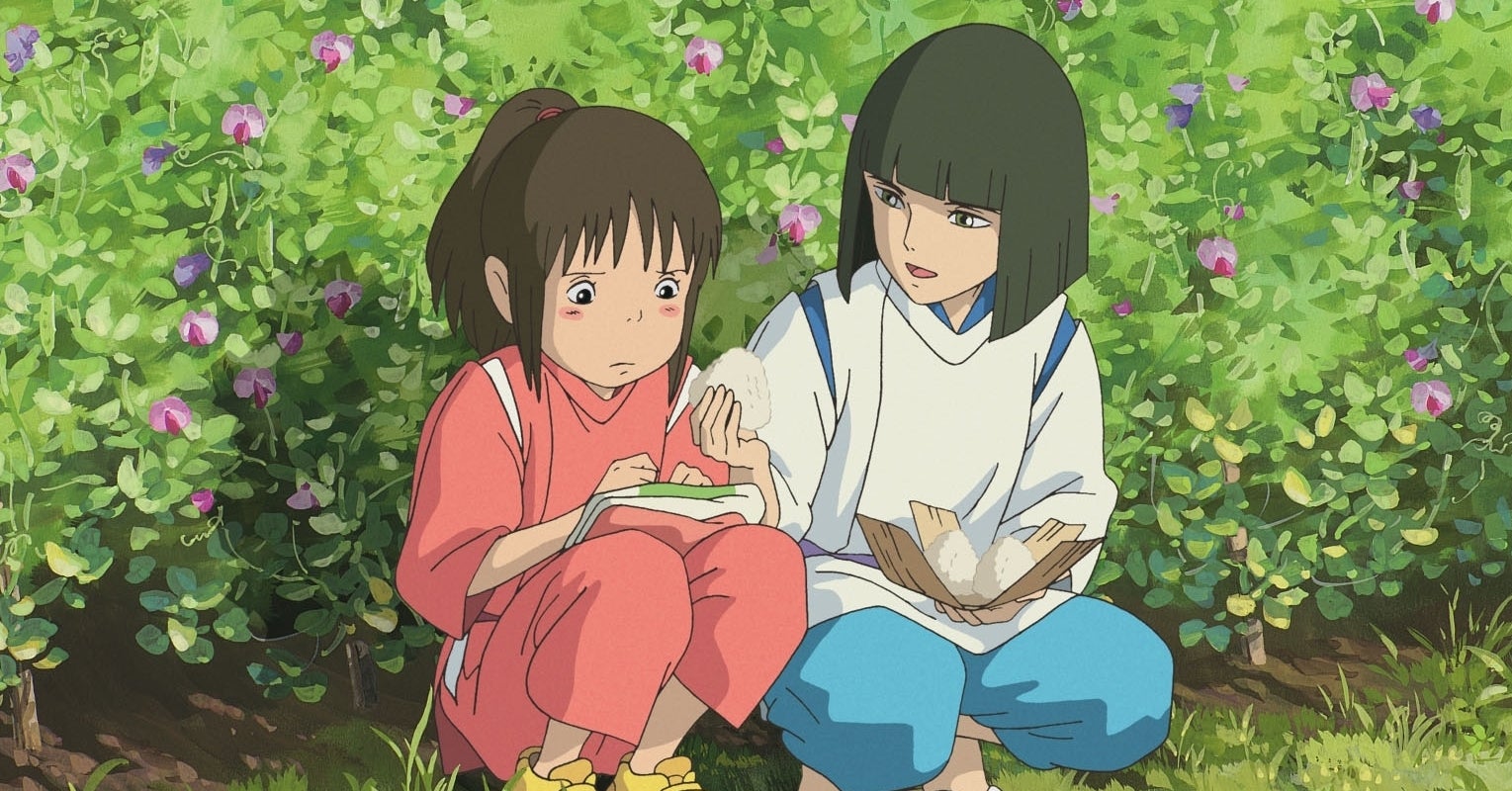 A less clearly defined (but equally touching) example of revolutionary, restorative love can be found between Chihiro and Haku in Spirited Away. Through the course of the film, Haku serves as Chihiro’s only friend and comfort, cradling her as she cries and bringing her freshly baked bao to ease her pain and fear. Once again, though, this love goes both ways. After Haku ensures that Chihiro won’t forget her true name and identity, she helps Haku remember his: he is the Kami of the Kohaku River that she visited when she was younger.

Even as they separate, we know that their love will keep them connected, just as the spirits of nature are intrinsically linked to the humans who interact with them. The climactic reveal of Haku’s true identity is preceded by the cleansing of another river spirit, in a sequence explicitly revealing Miyazaki’s environmentalism. In advocating for the symbiotic relationship humans have with the world around them, he emphasizes how this love should be valued, not abused. This theme can also be found in his historical fantasy epic Princess Mononoke, in which the growing love between Prince Ashitaka and the wolf girl San allows them to combat the careless destruction of the forest by other humans.

While Ghibli protagonists tend to be young, most being children or teens, this doesn’t mean that they’re depicted with a capacity to love that is in any way confused or stunted. In Ponyo, the most explicitly child-friendly film from the Ghibli canon, it is not Ponyo’s ability to become human that leads her to find a companion in Sosuke. Rather, her motivation is reversed — with love being what drives her to Sosuke and back onto dry land in the first place, leading her to (almost incidentally) become human. While Ponyo is perhaps too young to direct her love into any explicit cause, the power that it generates in raising a tsunami, and allowing her to shapeshift creatively, demonstrates the potential energy she holds, and how drastically it can change the world when unleashed.

Though not as overtly romantic as in other Ghibli films, the love that Porco Rosso eventually cultivates for and from other characters in his titular movie is subtly presented as perhaps the exact opposite of the fascist regime that he opposes throughout. He begins the movie as a self-centered loner — having been turned into a pig during the First World War — but his kindness and drive to do what’s right is made evident through his rescue of the children at the start of the film, and by his vocal opposition to fascism. Through the adoring love of young trailblazing mechanic Fio and his romance with old flame Gina, he transforms both physically and emotionally, finding himself able to connect with people in a way that his activism against an unjust regime always implied he could.

It’s through depictions of the transformative powers of love that Miyazaki is able to communicate the revolutionary messages he has advocated for over the entirety of his career. The director has never shied away from controversies in this regard — with The Wind Rises earning him nationalistic criticism from both Japanese and American viewers, and Howl’s Moving Castle serving as a bold protest against the Iraq War. But even for those without any knowledge of Miyazaki’s political leanings or of radical environmentalist and pacifist ideals in general (i.e. the children that these films primarily exist for) his movies are able to inspire hope and incite action towards a better future and lives worth living for all.

In his own words, he has created these masterpieces ‘to tell children “it’s good to be alive”’.