Journalism is lonely work, and pandemics make it even lonelier. Festivals are to be cherished because they bring this industry a little closer together, even if when connection is only virtual. After spending several years in another hemisphere, the two of us are back in Europe: a place where life makes a lot more sense but isn’t always as stimulating…except, of course, whenever IFFR comes around. As we make our own separate ways through its globetrotting selection, I hope our shared experiences will clash with our different opinions to produce a discussion that’s equal parts stimulating and insightful. 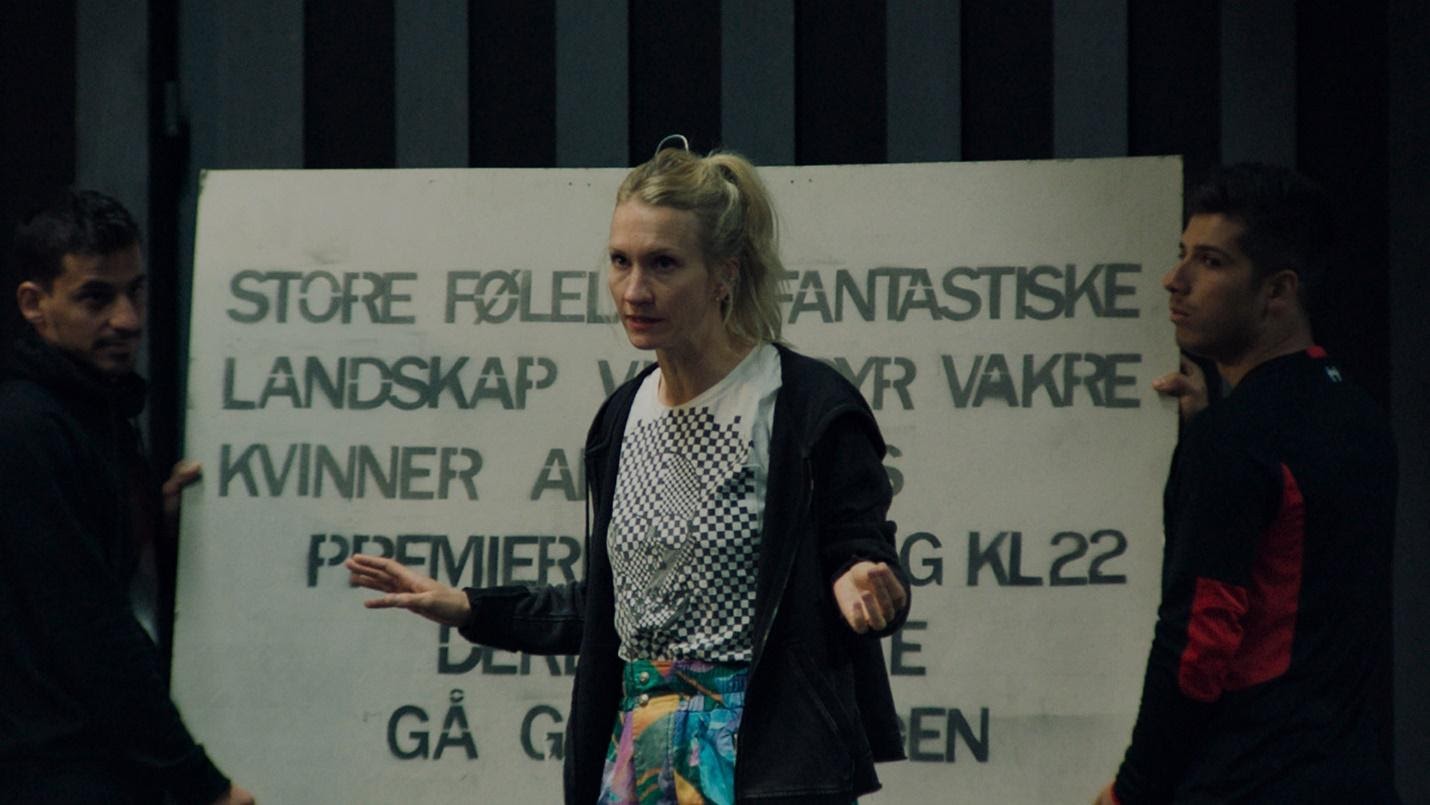 Before I talk about the films I watched today, I must say I was excited to learn you enjoyed Gritt as much as I did. It happened to be one of the first films I saw, and I was so engrossed in it that I didn’t realize how I engrossed I was until I made it halfway through the narrative. As a struggling writer, I mostly saw Gritt (an aspiring performer with not much talent and even less luck) as a mirror image of my least-favorite self, and therefore didn’t give much attention to her socioeconomic background.

After briefly speaking with the director over Zoom earlier today, however, I can confirm that she constructed her character with the ills and ails of contemporary Norwegian society in mind. Raised in a safe, sheltered environment, Gritt’s cringeworthy idealism can be a rather weak currency in the working world. Personally, I was most fascinated by the film’s conceit. For a story about a woman who has a hard time expressing herself, Gritt is surprisingly easy to understand. Perhaps because we can all relate to its main character in some respect.

When we first contacted each other to plan our correspondence, I thought we both expressed a fear of unfairly categorizing our way through this selection – Russian films go here, Brazilian ones there, etc. To sidestep that problem, allow me to draw up a category with criteria so contentious, it might as well not exist at all: films that draw inspiration from old or unused artforms to convey a modern message. As an armchair historian, I’ve been obsessed with the past ever since I was a kid. Now that the future no longer appears to be set in stone like it once was, more people seem to be picking up the hobby. 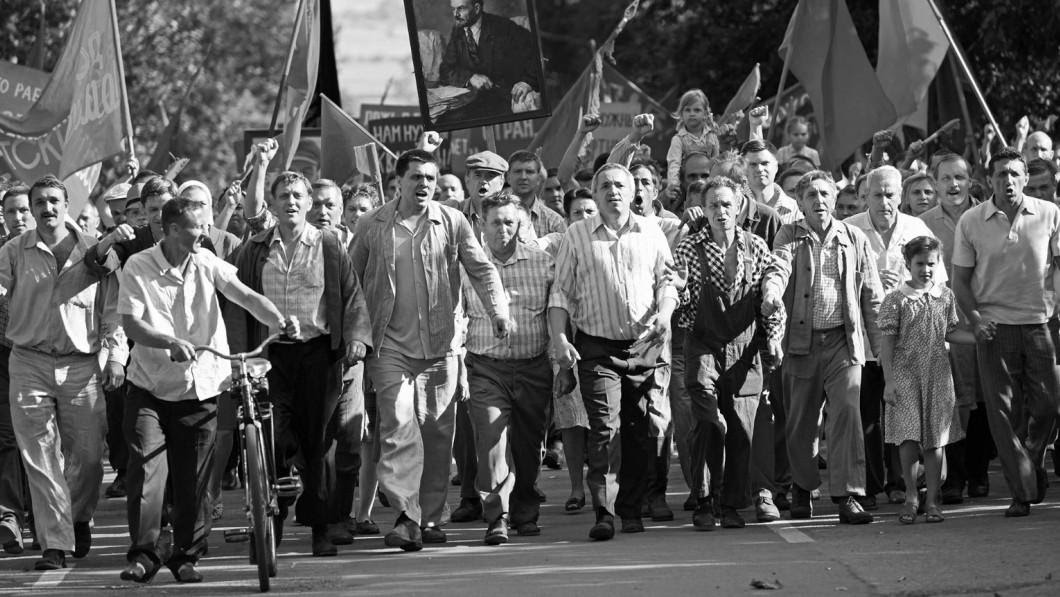 At the surface, the black-and-white historical epic Dear Comrades! is about a labour strike in the Soviet Union. On a deeper level, it revolves around a generational conflict between those who grew up under Stalin and those who grew up under Khrushchev, whose denunciation of the former as a cruel dictator brought about a wave of liberalization that was welcomed at first, but soon proved too risky for the status quo to tolerate any longer.

Like the old Soviet news reels and propaganda films it aspires to imitate, Dear Comrades! leaves little to the imagination. Its message, that a nation organized along communist lines can be as crooked as a one consumed by capitalism, has been delivered loud and clear. It is present when the main character (a mother and loyal government official) sneaks into the back of a general store to pick up chocolate, booze and cigarettes while starving citizens are fighting each other for bread and milk out in the streets.

I noticed it’s there in the camera work, too. When a caravan of cars carrying Communist cronies cruises into a busy square to suppress the ongoing strike, the lens is set up in such a way that it seems as though the drivers are steering right through the crowd of helpless onlookers. As the Kremlin rounds up thousands of protestors demanding the release of opposition leader Alexei Navalny, director Andrei Konchalovsky’s newest film must have left a bitter taste in Putin’s mouth. If he saw it, that is. 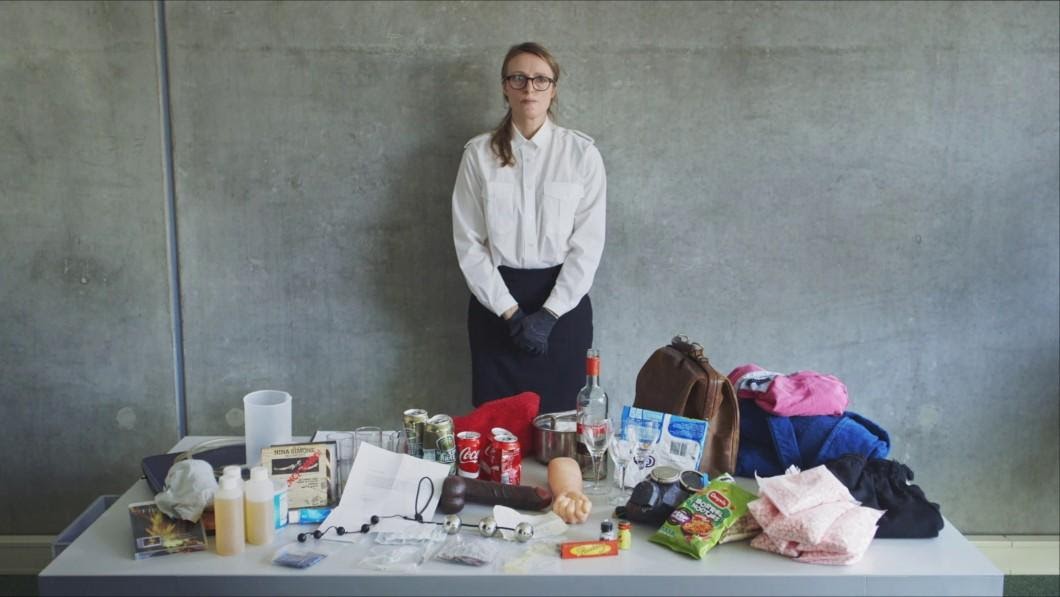 The other film that stood out to me was Tim Leyendekker’s Feast, which was made on IFFR’s home turf. Based on a real-life incident where unsuspecting men were purposefully injected with HIV-positive blood while attending sex parties, Leyendekker’s first feature film isn’t really a feature. Like the still life genre of Netherlandish painting which this film takes up after, it consists of a selection of separate videos that together form one cohesive picture.

The first of these vignettes is a long, uncut take of a woman presenting items confiscated from the place delict to press outlets. Empty cans of Schultenbräu beer and unused condoms set up the perimeters of the story before the first lines of dialogue have been uttered. Subsequent chapters range from philosophical conversation about the relationship between sex, love, and life, to a tense interview with a rapist who continues to deny his guilt. The most powerful part of the film – a monologue from one of said rapist’s victims – is accompanied by shakily-shot close-ups of crevices between the actor’s non-descript body parts, forcing the viewer to look from the vantage point of the predator.

In response to your question, I don’t rewind movies that often. I pause them a lot, but that’s mostly because I’m dog-sitting my sister’s puppy, a French Bulldog with an attention span shorter than my own (she watched five minutes of Riders of Justice before walking away). While I never attended a festival before the pandemic, I can image the experience must be very different. Without a remote control at our disposal, we must make time for the movies – not the other way around. Does that mean that I am not as focused as I would be if I were sitting inside a theatre? Probably, not. Still, I firmly believe a good movie will take hold of you no matter where you are. So far IFFR has not let me down in this department.

Hope you’ll enjoy the second half of the festival as much as the first.

Letters from IFFR #4: Up in Smoke