Pablo Larraín’s follow-up to Jackie, a resplendent elegy to the loss of American idealism in the guise of a Jackie Kennedy biopic, begins with another arresting image of destruction. A traffic light is engulfed in flames; suspended above a deserted street in Valparaíso, a picturesque coastal town in Larraín’s native Chile. The camera slowly retreats to reveal a figure in fireproof clothing, staring up at it, perhaps in fear, perhaps in awe. Much later we learn that this is not a firefighter attempting to quench the flames, but Ema (Mariana Di Girolamo), brandishing a flamethrower. Like its enigmatic heroine, a professional dancer wracked with guilt for giving up the son she adopted, Ema rarely stands still. Both spectacular and intimate, it’s a hypnotic search for female identity and family that wanders down a tangled, transgressive path.

Ema is wholly a dancer, in the sense that it is both her occupation and her identity. She teaches dancing to small children, she’s part of an innovative modern dance company, overseen by Gastón (the excellent Gael García Bernal), her choreographer husband, and she and her friends also form a gang that dances to reggaeton, a pounding fusion of hip hop and Latin American music. But, briefly, Ema was also a mother.

As the film opens we find her and Gastón locked in an emotional stalemate. Both blame the other for Ema’s decision to send their son Polo back to the adoption agency. Initially, Larraín plays on the culturally-ingrained judgment of a mother who dares to have a creative life, implying that she gave him up because he was a distraction from dancing. Yet it emerges that Polo was violent; setting Ema’s sister’s face alight and killing a cat by shutting it in a freezer. Is Ema still a mother, even now? Did he inherit such impulses from her?

During the first of the couple’s many brutal arguments, which Larraín shoots in neat, symmetrical close-ups that inflect their barbed words with additional iciness, Gastón accuses Ema of behaving inappropriately with the prepubescent Polo: flirting with him and undressing in front of him. Ema fires back with her own accusations; that Gastón is impotent, that he’s gay, that he’s suffocating her. She soon weaves a web of manipulation to win Polo back from his new adoptive family, all the while embarking on a journey of creative expression and queer sexual discovery away from her husband. 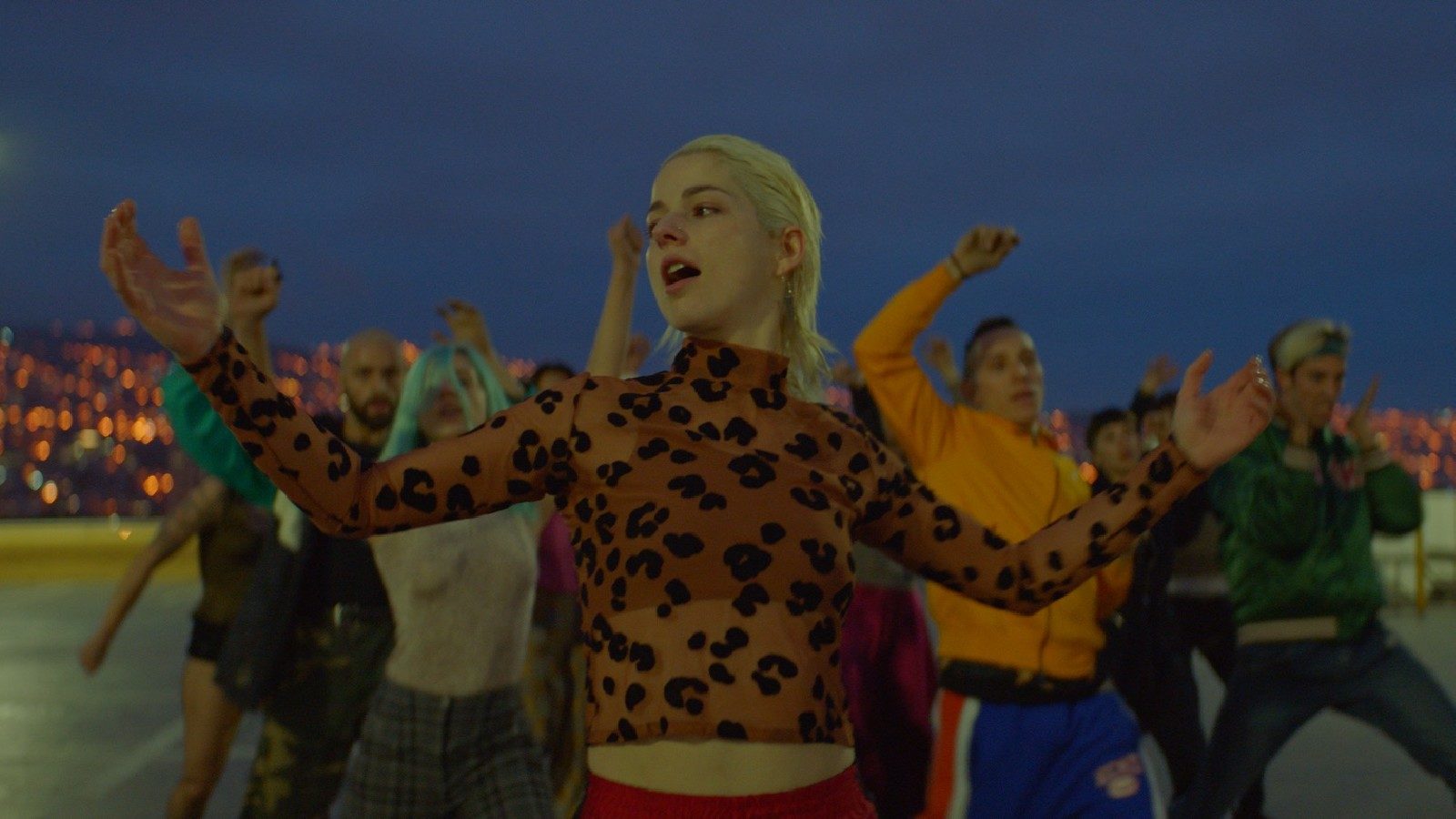 Ema might run the risk of feeling meandering if the extensive dance sequences weren’t so vivid, and if Mariana Di Girolamo wasn’t such an engaging performer. Ema and Gastón’s disintegrating marriage is visualized via extraordinary routines that take place in front of an enormous projection of the sun in changing colors, transforming it into an alien planet that looms like an oncoming meteor. Gastón stares disdainfully as Ema and the rest of the company twist their bodies and flit around each other in circles. He’s godlike, while the dancers are like scuttling ants beneath the vastness of the sun. The grandeur acts as a dramatic contrast to the street dance scenes later on, in which Ema finds freedom in gyrating to the reggaeton that Gastón dismisses as trash. These sequences are still stunning, but they’re grounded, not abstract, more purely sensual than cerebral.

Part femme fatale, partly misunderstood mother, Ema herself is often hard to like as she blazes through other people’s lives like the fires she starts by night. But we feel the irreparable pain of losing her son, and she remains stubbornly unpredictable yet empathetically human right up until the film’s closing moments. Seamlessly inhabited by Di Girolamo, she acts as a complex portrait of the intersection between woman, artist and mother, and society’s pressures on each. Via a deft balance of striking imagery that heightens both the beauty of Ema’s dancing and the vibrancy of the city and non-performative scenes of intense yet restrained emotion, Larraín has crafted a strange, entrancing film. A character study that keeps the focus of its gaze at a fundamentally unknowable distance, it both dazzles and puzzles and lingers in the mind long after the pulsating music fades and Ema finally stands still.

LFF 2020: ‘Bad Tales’ Review: Exhausting Misanthropy and Not Much Else

LFF 2020: ‘Zanka Contact’ Review: Swagger and Sweat, But No Spark