When Donnie Darko was released in 2001, it was a commercial flop making just $7.5 million at the box office. But today, Richard Kelly’s tale of an unsettled high schooler who’s tasked with preventing a catastrophe is widely seen as a cult classic beloved by horror and sci-fi fans. For Kelly, it was his one-hit-wonder, but if you’re going to be a one-hit-wonder… make it as unforgettable as Donnie Darko. 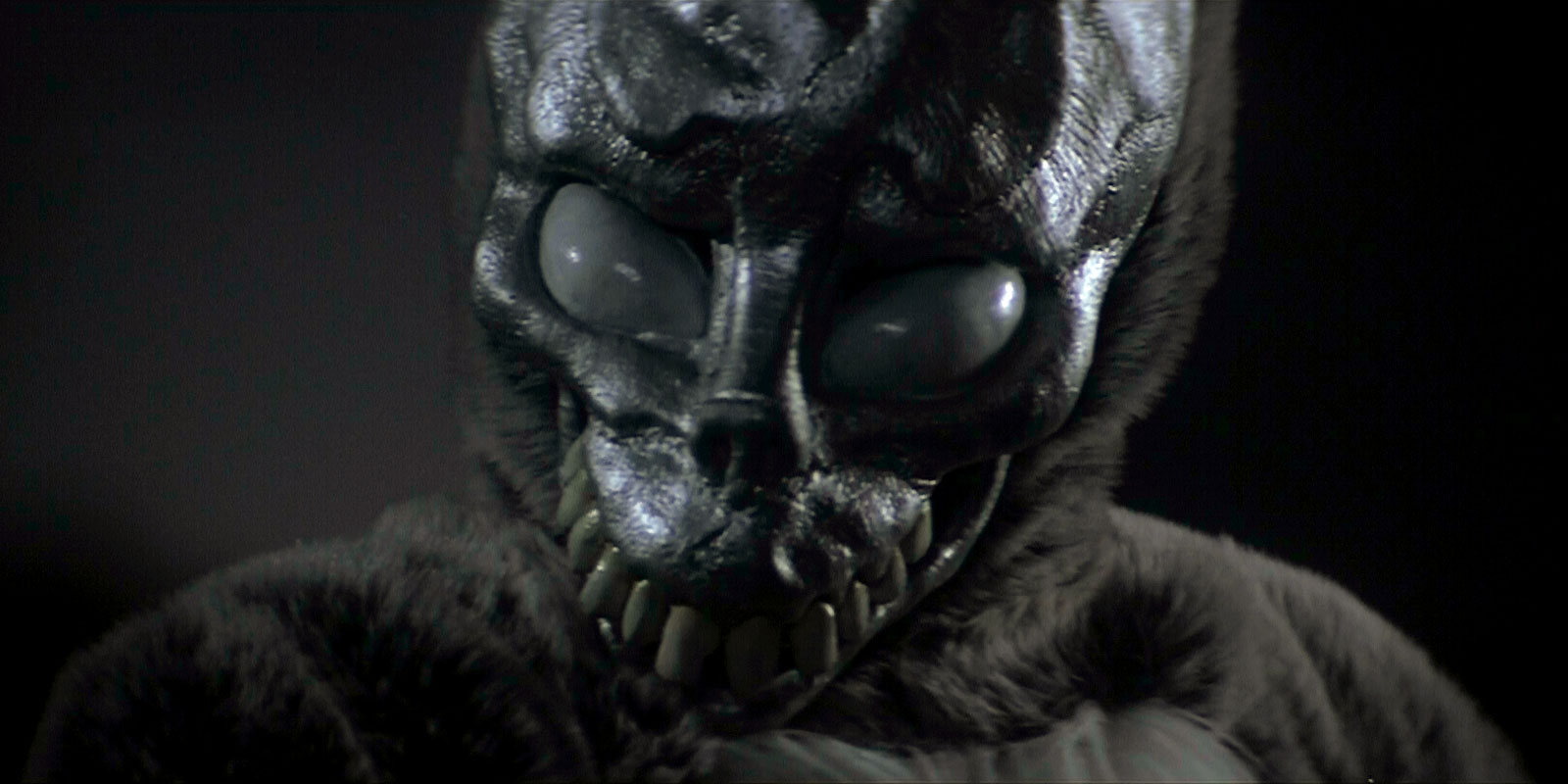 Every time I revisit the mind-bending tangent universe of the film I find it harder to verbalize its genius. All the elements needed to bring it to life in a way that successfully engages is quite baffling. The further down the rabbit hole, the more mystifying it becomes. It’s complex, undoubtedly, for some even confusing—but it still wins people over. There’s a thread running through the science fiction, time travel, and trippy events that keeps us involved and it’s precious. It has to be, otherwise, Donnie Darko would be a wood entered only to get lost in. Thankfully, Kelly’s grainy and hypnotic puzzle of a film is a spectrum of emotion and physics that covers all its angles, piquing curiosity and rarely losing a passenger during the ride.

“She said that every living creature on Earth dies alone.”

With so many different things to manage, it wouldn’t be surprising for a project such as this to be tonally turbulent and unhinged. Instead, Donnie Darko has overarching thematics and sensations which pull the world around it into the mystery and horror, like a kaleidoscopic warping of the physical dimension. Everything sinks and swirls as reality circles the drain. The segmented parts of the film move in and out of fields of feelings. You don’t step into the stranger sequences then sit through benignity. There’s something there, always, that hangs above heads like a cloud. It’s not a dark one, it doesn’t look to unnerve or frighten (although it definitely is creepy), it’s simply there. Showering you with just enough consistency for the whole cut to come together with fluidity.

Something lost on me before my most recent viewing is how important the people in Donnie’s life are. Aside from the fact they’re required to move him into place for the events of the film to take place, the supporting characters are fleshed out just enough to justify grief and care for them. Whether it’s his father trying to bring everyone together with laughs, his mother holding the house together like glue, his sister who provides the dinner time banter, or the peripheral teachers trying to inject something new into brain dead classrooms—they all matter. And whether they’re bad or good, they’re part of something. Not sideshows or expendable comedic relief, real people with real problems. 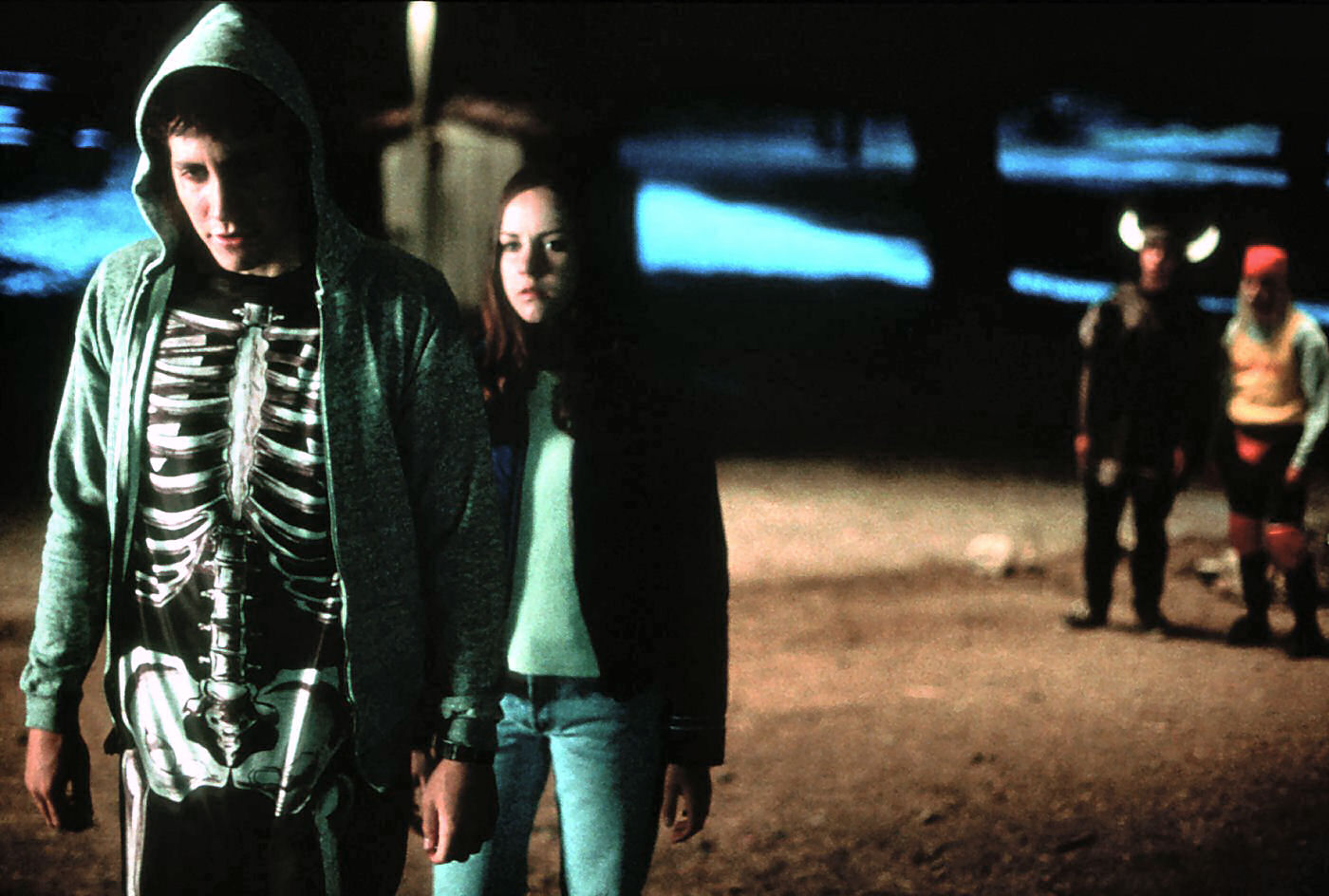 For Donnie Darko to truly succeed it needed to do so much work on the outskirts to help us realize its subliminal cogs are just as needed as the obvious ones in the center. The inevitability they bring is essential too because they all have a moment which plays like a goodbye, something extra to add to the slate so that Donnie would want to wipe it clean. Each person has a moment that humanizes them, too. The full realization of the town of Middlesex is half the hard work, but it’s wonderfully under the radar.

Donnie is representative of a lot of teenage angst, but he seems darker and all-consuming. He’s lost and confused by what’s happening around him—much like we are—and the characters operate like chess pieces backing him into a corner until he only has one move left. The finality of the events is fascinating because although they’re sad, because of Donnie’s death, it’s the relief and appreciation of his sacrifice that causes chords to be struck in the audience.

With lesser character writing, the ending would’ve been soul-crushing and nothing else, but Donnie’s path to enlightenment is also one of acceptance. As he learns to love what is around him and not fear the end, he begins to understand his role and what he has to do for the duplicate universe to cease to exist without threatening the primary one. For Donnie, this story is a quest, with artifacts, characters, and locations posed along the way to help him reach his destination and understand what he must do. When he gains control over his gifts to manipulate the elements he has grown and empathized with the world around him enough to want to save it. 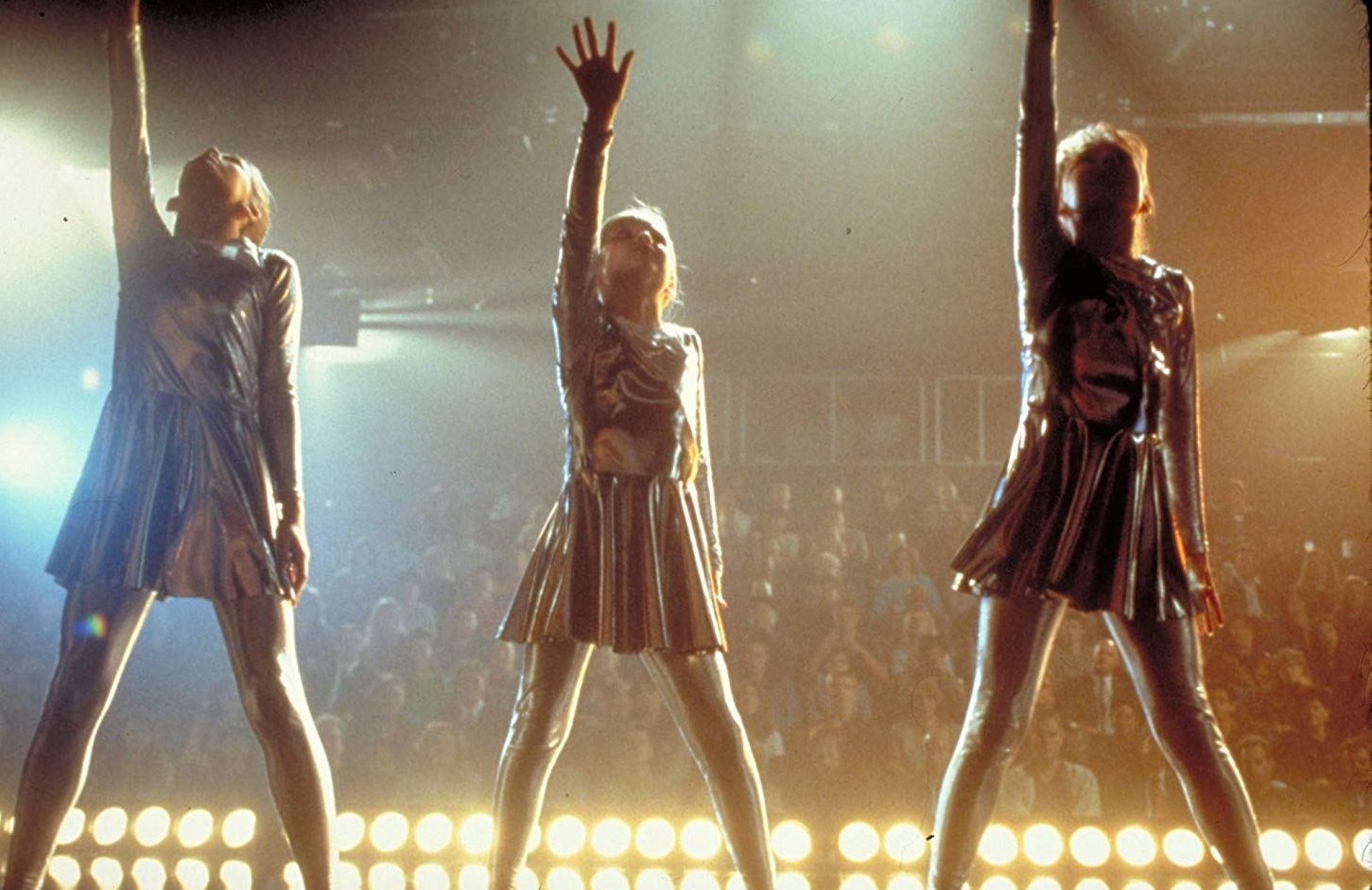 Each time I watch the credits after “Mad World” plays over the aftermath of the jet engine, I’m moved in a way that isn’t adverse to what Donnie’s friends and family are feeling in their last appearances. All of them are jolted awake by something in the middle of the night. They feel what is perhaps remorse, thankfulness or something else. They don’t know exactly why but they know it’s real and that it’s strong enough to make them cry. They’re totally alone. All these characters are sharing a specific emotion but separately because they can’t know any more than that.

When I hear people talk of not understanding Donnie Darko but still loving it, that’s all I can compare it to. To be moved by something you don’t fully comprehend is one of the most instinctual things a person can experience. At the epicenter of our being there is an ability to be touched, and by the end of the film’s October calendar page, we see one of the most down to earth examples of emotion transcending everything else there is. 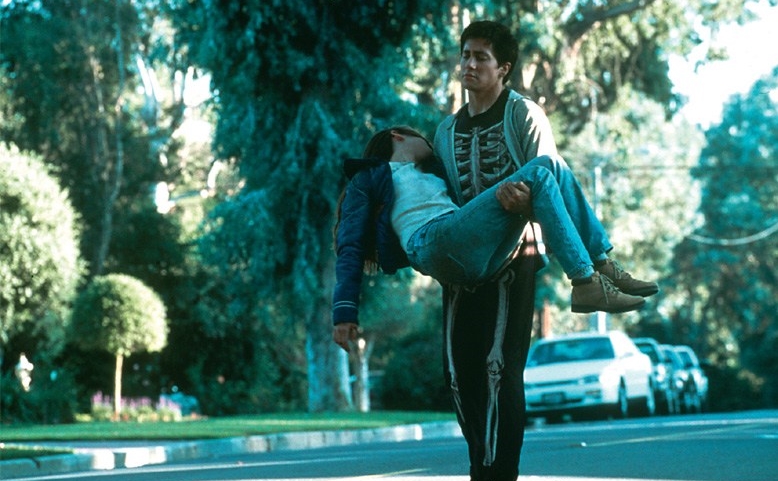 Great superhero stories are usually comprised of three things: a normal person is given unimaginable gifts, an obstacle threatens the ones they love, and a great sacrifice must be made. In my eyes, Donnie is one of cinema’s most underrated heroes. And it’s not because he did everything right or was in the traditional sense heroic, it’s because he was the opposite of what we’ve come to expect from a “chosen one”.

Why did it take people so long to realize an all-time great had gone unnoticed? Marketing problems, distribution, whatever it might have been; all I know now is that, like many others, it’s one of my favorite films, and I don’t believe there’s anything comparable, there’ll probably never be. Luckily, the news did eventually spread. The film, like its cryptic and troubled teen, fulfilled its destiny and found appreciation after the fact. Peace was restored to the galaxy, balance was brought to the force, a jet engine was chucked through a portal back to where it belongs and so on and so forth…

All images courtesy of Newmarket Films